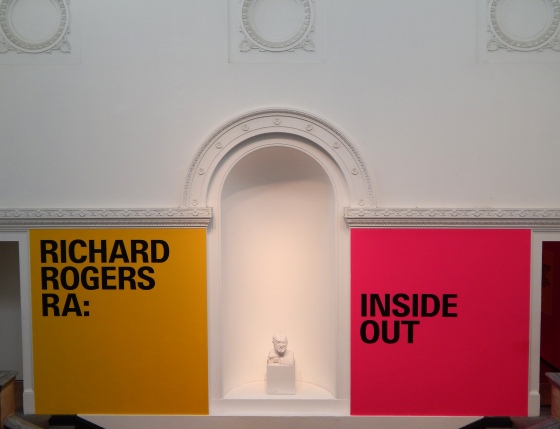 Interestingly enough, the title of Richard Rogers’ exhibition, that is in its final week at the Royal Academy in London, not only refers to his inside-out architecture, but it also has to do with the display of what is inside his practice, the set of beliefs and ideas that has driven his career, what he calls the Ethos. 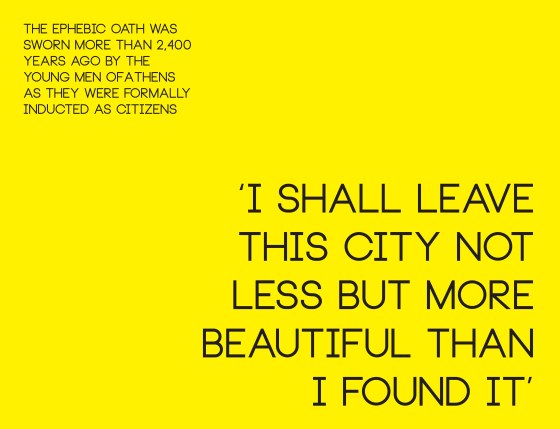 Among models, some plans and sections, photographs and videos, one comes across interesting pieces of information, documents and personal memorabilia: a very bad report from the Architectural Association is displayed together with the report of the following year, which shows a great deal of improvement in Rogers’ architecture studies. His dyslexia is also mentioned later on in the exhibition, highlighting his early difficulties and the merit of his achievements. Another document, pretty amazing, written by Rogers, explains the reasons why he didn`t want to take part in the Pompidou competition. Had Rogers and Piano not submitted their design, 20th century Architecture would have lost one of its most audacious and innovative examples that caused fierce controversy at that time, and Paris a major centre of culture and tourism and a symbol of modernity. Regarding Pompidou, one learns, for instance, that in the pre-Internet era the initial design featured a huge TV-screen façade, which was finally dismissed for political reasons.

A constant throughout the exhibition is the idea of collaboration, which is at the heart of the practice, the name of which has changed every time his partners have swung: from Team 4 to Rogers Stirk Harbour + Partners.

I have found some of his long-lasting concerns very interesting, especially the one called in the exhibition ‘Democratising the Brief’, that is to say, allowing people to take part in experiencing the building. One of the best examples is The National Assembly for Wales in Cardiff which has a public viewing gallery above the debating chamber to permanently remind politicians people are ‘above’ them, something they so easily forget… Another of his ambitions is to create public spaces within the fabric of the city. The Pompidou Centre gave half of its site to a public square in an attempt to create a space like Piazza del Campo in Siena.

So, all in all, this exhibition is worth a visit, because behind the bright colours and the exposed, expressive engineering of his architecture we have been seeing for decades, there are powerful ideas and a talented team who continues pushing forward the symbols that made Rogers such a well-known and prestigious architect.